Last week I was really upset to hear the news about the earthquake in Nepal to which I travelled overland from India in 1979. I immediately fell in love with it — the country, with its towering mountains, is perhaps the most spectacular I’ve ever been to — and the capital, Katmandu, with its countless medieval temples, narrow alleyways and bustling stalls, was absolutely fascinating. 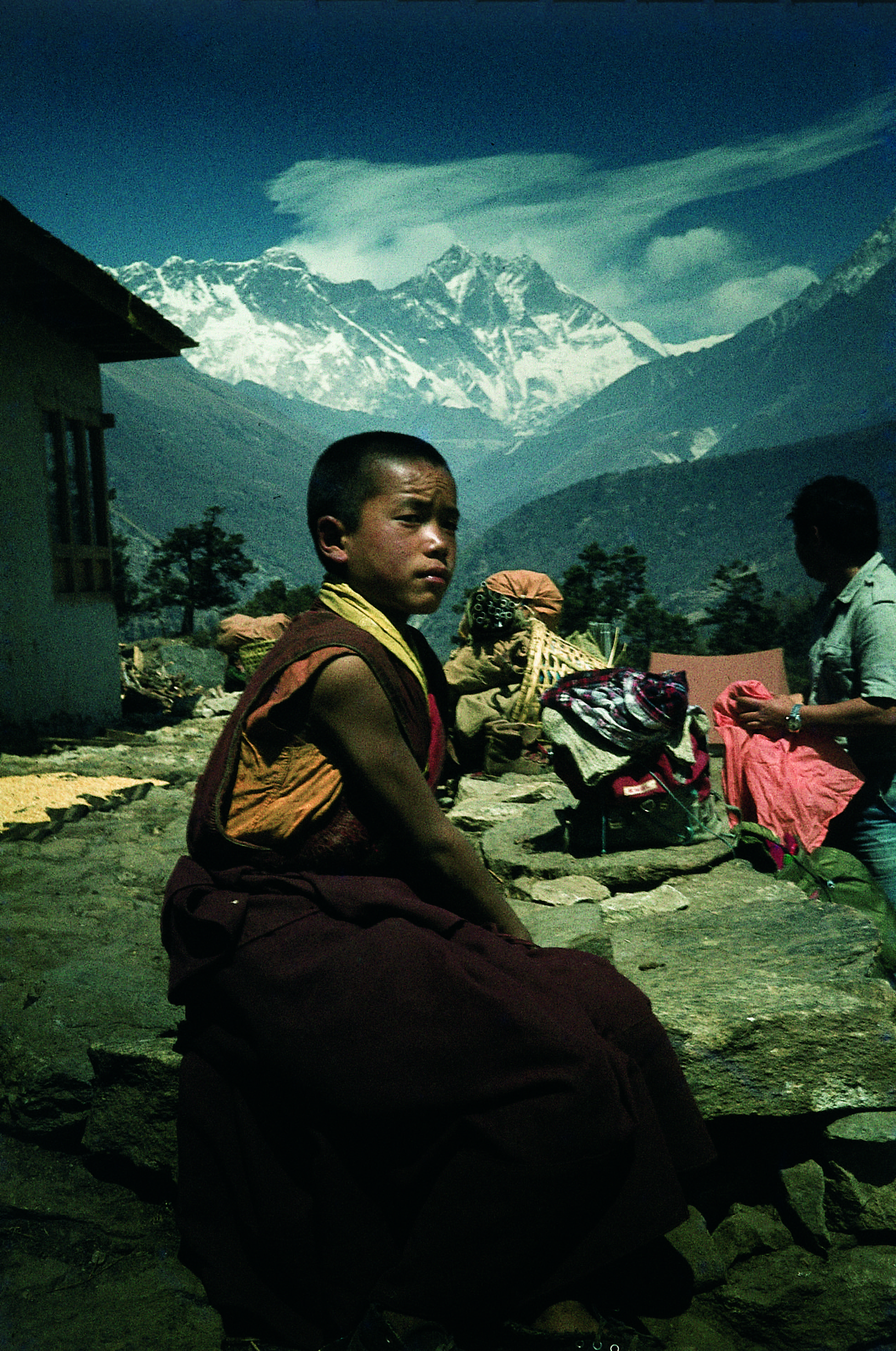 Buddhist boy in Thangboche monastery with Mount Everest in the background

So I could hardly bear to hear the reports of the thousands of people who had been killed, or hear of the destruction of so many of the unique wooden temples in Durban Square, the very centre of Katmandu, where, high up on the steps, I had sat and idly watched dozens of monkeys playing. This was not even to mention hearing about the terrible destruction that the powerful earthquake, which measured 7.8 on the Richter scale, had wrought in Pagan, a nearby town which, like Katmandu, was a World Heritage Site, and was, if anything, even more amazing than the capital.

But most painful of all, I could hardly bear to see the images of what had happened at Mount Everest Base Camp, to which, at 5,800 metres, I climbed that same year. Now, after a massive landslide and avalanche, the very spot where I had stopped and looked up at the vertiginous Khumbu Ice Wall was buried under thousands of tons of ice, rocks and boulders, and, at the latest count, dozens of Sherpas and climbers had either been killed or were missing, presumed dead.

Now, with those dreadful images of broken bodies, snapped prayer flags and crushed tents still fresh in my mind, I’m reminded once again of the fragility of life, and of the saying ‘there but for the grace of God go I’ …