One of the things I like about getting older is that, as you gather more and more experience, you get to know better and better what you like or dislike. For example, I’ve recently come to the realisation, after doing evening classes during the winter in Modern Greek and German, how much I prefer the language of the former to the language of the latter. Of course, much of this is down to the sound of the language, but much of it also has to do with what you associate with the culture of that language. So, for example I love the sounds of the Xs in Greek as much as I dislike the guttural CHs in German. I also associate Greek with glittering seas, whitewashed villages and yellow, blue and red caiques, while I associate German with interminable and boring discussions about employment, wages and the rate of inflation.

Nor has it anything to do with how well I speak the language, because German is perhaps the best of the nine languages that I attempt to speak (often very badly) while Greek, no matter how hard I try, is one of my worst. Of course, other factors come into play. Like most people, I have great admiration for the Germans, especially the way they have dealt with their militaristic past and the lessons they have learned from their history. I admire them because they are almost invariably well-educated, well-informed and articulate. And I admire them for their lack of nationalism, their Europeanism, and the way they have built a real social democracy, unlike the British, who slavishly copy everything American, including its appalling turbo-capitalism. But I’m not saying anything new when I say that it’s hard to love Germans and their perfectionism, which is, of course, at the same time the cause of their being probably the most stressed-out nation in the world.

However, it’s not because I love the Greeks that I love Greece. Greek men, in particular, I have always found intolerably macho and inflammatory, and I’ve lost count of the number of times whenever I go to Greece that I’m confronted yet again with another rude and aggressive middle-aged Greek male. However, Greece is such a beautiful country, and I love its mesmerizing islands and its culture — whether it’s drama, theatre, sculpture and mythology — so much that they make up for the often less than attractive qualities of its men.

My belated realization that I love Greece more than anywhere else is rather strange, because I’ve been going there for more than forty-five years and so it’s taken me a lot of time to come to this conclusion. But it also has to do with the realization that what I love most in life are islands, boats, and water, of which there are more in Greece than practically anywhere else. It’s therefore one of the few countries that I go back to more than once (India and China are the others), seeing that I think it’s a mistake to return to somewhere you love, because usually, if you do, you’ll only find out how time has ruined it. This was especially brought home to me when I returned to Ios. I had first gone to that magical Greek island in 1972, when I completely fell in love with it. So, in 1979, when I once again disembarked at its tiny harbour and climbed the seemingly countless white steps that lead to its exquisite chora (village), I was all the more shocked to discover that the once quiet, tranquil island now reverberated to the sound of drunken, half-naked young British yobs fighting, shouting and vomiting on practically every corner. I didn’t linger, but ran down the steps to the harbour and jumped desperately on to the same boat I had arrived on, just as it was leaving. 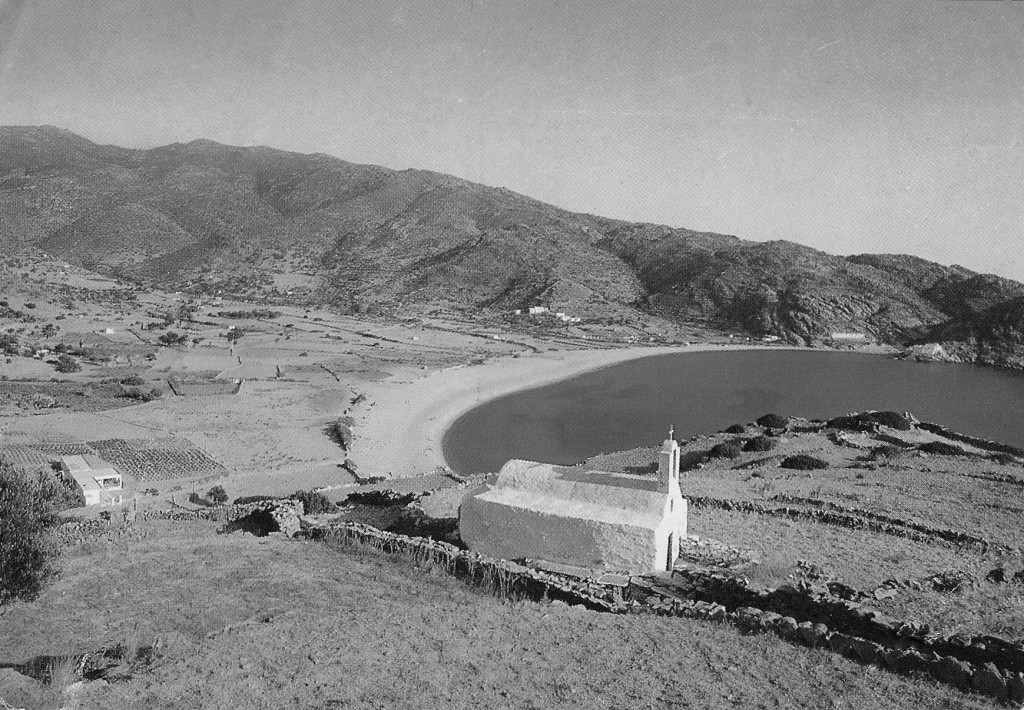 However, that experience didn’t put me off Greece; since then I’ve discovered countless other quiet, peaceful, beautiful islands, whose names I refuse to divulge, even if I’ve have to go further and further afield to find them. Now, as spring approaches once again, I’m longing to go back to a country, which, amazingly enough, despite my having been to more than forty islands, I can’t say I really know. The fact is, there’s still so much there for me to discover; for example, I’ve never been to the Pelopenese, or the Meteora (the hanging monasteries), far less Mount Olympus or Mount Athos.

Nor do I know Germany well, although I feel I’m entitled to express some kind of opinion about it. This is because, when I lived in Amsterdam, I had a German girl-friend for two years who I used to visit regularly in Cologne. At that time, I also used to regularly visit my sister, who has been also married to a German for the last forty years, and still lives with him and their three children in their house just over the Dutch border. Last but not least, my partner for the last twenty-three years, Gabriella, is also German and I regularly visit him in Gottingen, where he lives. However, what I say about Germany has nothing to do with my relationship with any of them, because I love my nephews and nieces dearly, Gabriella is my soul-mate, who dislikes the same aspects of Germany that I do (which is why she came to Britain in the first place), and her father is a wonderful man who has become part of my family.

Nevertheless, despite the aspects of the Germans that I dislike, Germany is still an intriguing and, in places, very attractive country, and I’m continually shocked to learn how few British people go there, or know anything about it other than the usual clichés about beer, sauerkraut, football and lederhosen. Whenever I fly to Frankfurt with Gabriella, and travel with her by train to Gottingen to visit her 85-year-old father, who lives in the latter, I am struck by the beauty of the ubiquitous dark green forests, the dreamy villages and unspoilt, undulating valleys that slide past outside the window. Then, once I get to Gottingen, and start exploring the surrounding area while she’s with her father, I’m bowled over by just how beautiful towns such as Celle and Goslar are, many of which have more fachwerkhausen (black and white wooden houses) in their main street than all the equivalent towns in Britain — such as York, which is so proud of its Shambles — put together.

But it’s to Greece that my heart belongs, and even if I can’t go there because of my impending hip operation, in my head I’m already on a ferry chugging across those glittering seas, with unknown islands shimmering in a white haze on the horizon, while, below decks, in the restaurant, tall Orthodox priests stroke their long white beards, little old women dressed in black remonstrate with noisy grandchildren, and hunched, wizened men shout and gesticulate wildly at each other — seemingly having a furious argument — while, in reality, all they’re doing is talking about the weather.