I’ve just got back from the island of Harris in the Outer Hebrides. If you live in Scotland, and you love the sea, islands, boats and remoteness, you don’t have to go to the other ends of the world to find one of the most beautiful places on earth. Nor is there anywhere else on earth like it. The mountains in Nepal are higher and more magnificent. The villages in Greece are more beautiful. The skies are bluer in Italy. But the feeling you get in Harris is unique. Nowhere is the landscape more rugged, more craggy, more rocky. Nowhere do you feel that you can travel millions of years back in time, nowhere do you feel so totally insignificant, and that the forces of nature will always prevail. But, most of all, there are few places on earth where you feel you are at the end of something, because here, when you look out to the west, you realise that everything is all behind, the cities, the motorways, the crowds, the skyscrapers of the European landmass, and that in front, where the sun is setting in all its splendour, there is only 3000 miles of the empty ocean stretching to the very curve of the horizon. 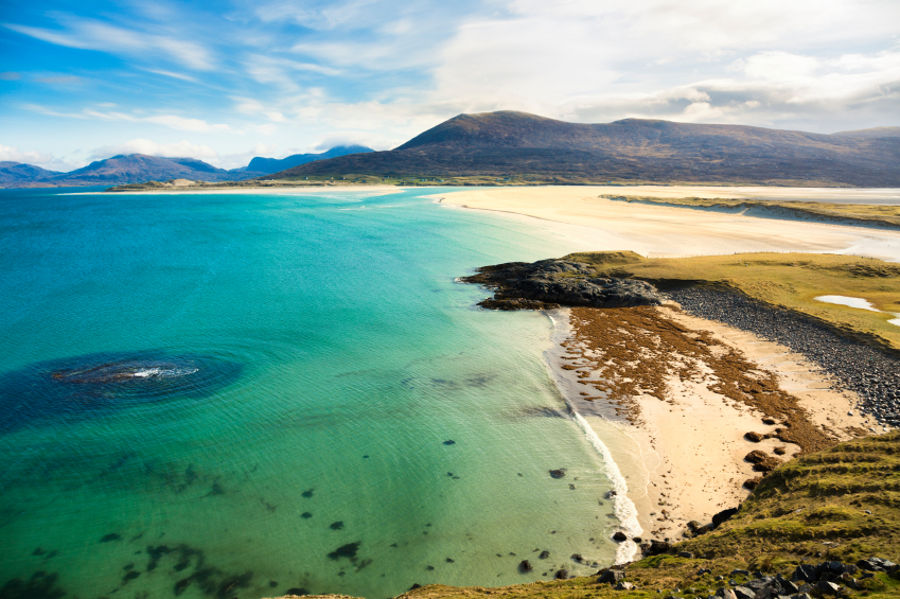 And somehow you know that the inhabitants sense this too, because their concerns are not what has happened on the London Stock Exchange, but what the weather’s going to be like tomorrow, the latest shipping forecast, why the ferry from Skye is late and whether Billy is playing in the village hall on Saturday. Not that they are insular, backward and out of touch with the world. Go into many of the crofts or little art galleries that dot the southern part of the island, and you will be astonished, for example, to see the state of the art kitchens.. More, it’s just that their chief concerns are different and, some would say, perhaps more real than those of the teeming millions trapped further south in their consumer lifestyles, and with their celebrity culture and materialistic obsessions. For a breath of fresh air, do yourself a favour and tune into BBC Alba to see what preoccupies people here. Because what does it matter, here on the very edge of the continent, if the Middle East is in flames, terrorists have blown up fifty people in Kabul, the British Prime Minister, with his delusions of grandeur, is issuing yet another warning to President Putin to mend his ways as if he is a naughty schoolboy? Because although such events as who is going to win the sheep-dog trials, the competition of the fiddlers in the village hall, or the singers preparing for the Mod may seem so pathetically parochial as to be fit only for the subject of smug mirth and ridicule, these are real events, which affect everyone’s lives. And here, anyway, you know that you can’t do anything about the state of the world, and that the seasons will come and go, the sun will continue to rise in the east and set in the west, generations will be born and die, and that, although everything will change inexorably, the illusion will persist that everything will always be the same.